Hire Barb To Speak At Your Next Event

The more Barbara Allen fought to be normal, the harder life laughed at her.

And just when she thought she’d got the last laugh, life turned against her in a tragedy that almost destroyed her.

Barbara was just 32 years old in 2005,  when her world fell apart. Her husband had been murdered in Iraq at the hands of a fellow soldier – a traitor who would ultimately be acquitted at a military court martial even after he offered to plead guilty. Barbara was left to raise four young boys – just six, five, three, and one year old at the time their father was killed.

She wanted to give up. She very nearly did. And yet, in the midst of the darkest moments, she always found some reason to take one more breath. Face one more day. Slowly, she found the strength to piece herself back together as she flew to Kuwait for the first military court proceeding against the soldier who’d killed her husband.

Barbara Allen then spent years traveling thousands of miles to numerous other hearings leading up to the failed court martial.

She learned to navigate the military’s criminal justice system. She earned a Masters degree and wrote a book about her ordeal and the grave miscarriage of justice in this case. She learned how it could all have been prevented, and she began advocating for change so it would never happen again.

Today, Barbara is deeply entrenched in veterans and military family advocacy and her own steadfast pursuit of justice for her husband.

She’s worked as a Veterans Specialist, continues to fight for Gold Star Families and is relentless in her pursuit to secure the Purple Heart for her late husband Lt Louis Allen.

Oh – and she also works hard to remain somewhat sane as she raises four boys all by herself. For kicks, she has acquired a menagerie of animals, from a little rabbit to a hefty-sized horse, with canines and kitties sprinkled about. She has experienced impressive emotional face-plants and vast arrays of challenges- some self-inflicted, others randomly encountered. And she has acquired the skills to not just overcome it all, but to enjoy the ride.

Barbara Allen may have learned how to turn her adversity into an advantage in life, but this lesson did not come easily.

And this upper hand must be diligently maintained.  Now, Barbara brings her life lessons to her audiences in keynote speeches and custom programs. She relates to her audiences’ lives and challenges, and teaches them how to become gladiators in their own life’s arena. 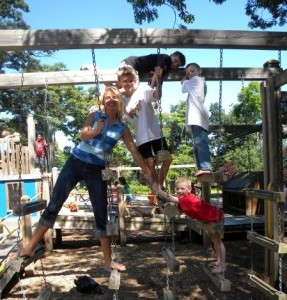 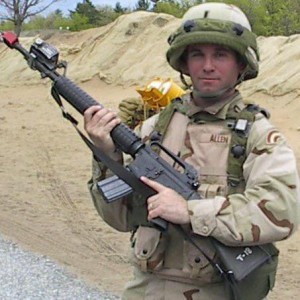 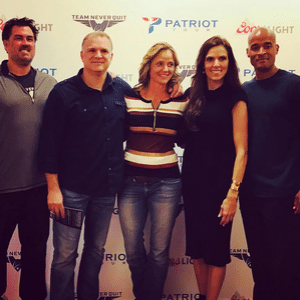 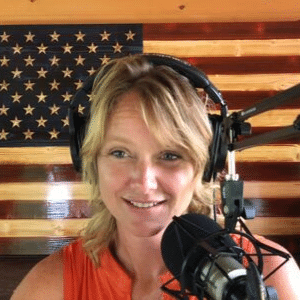 Inspiration without action is simply entertainment